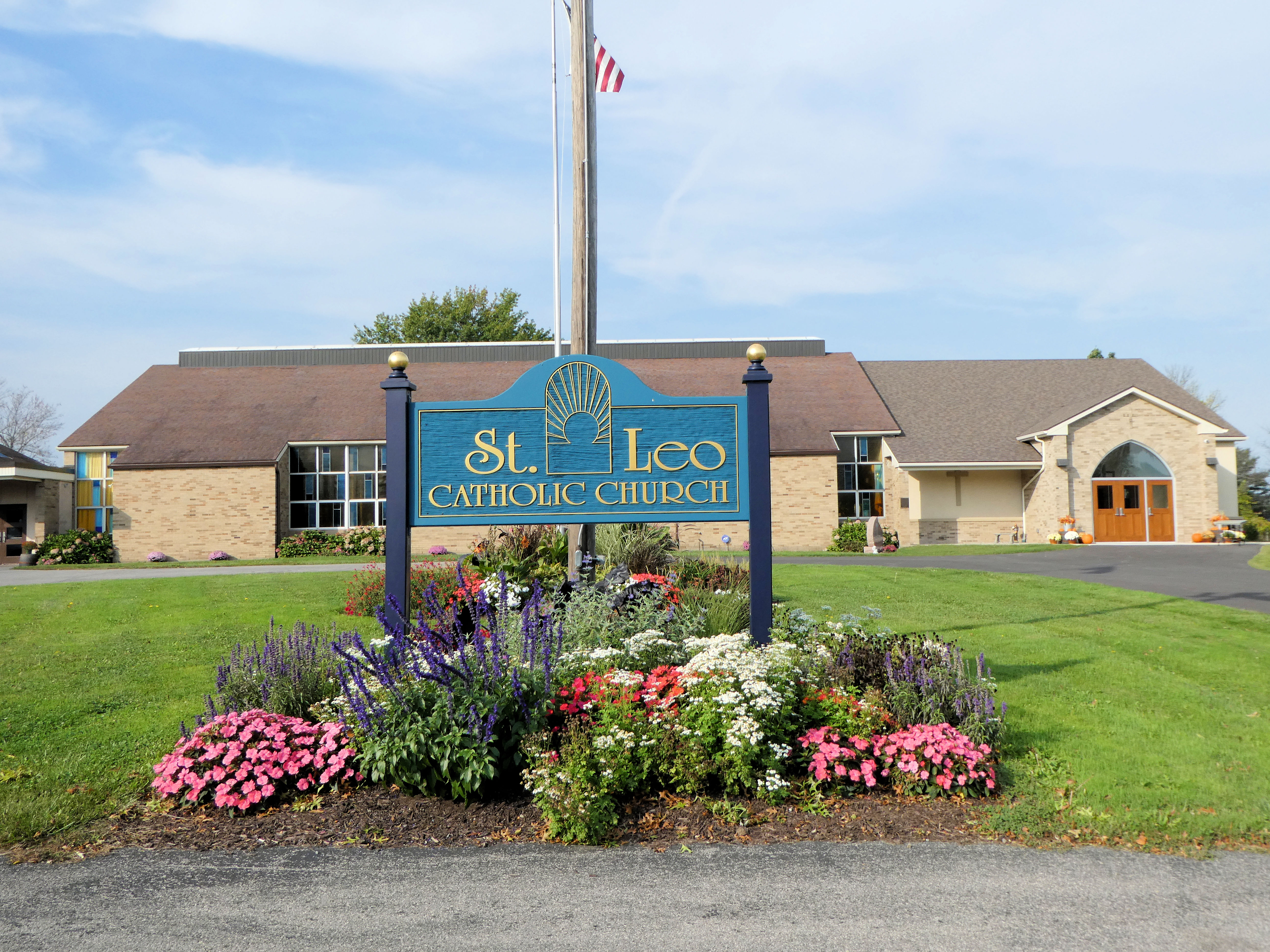 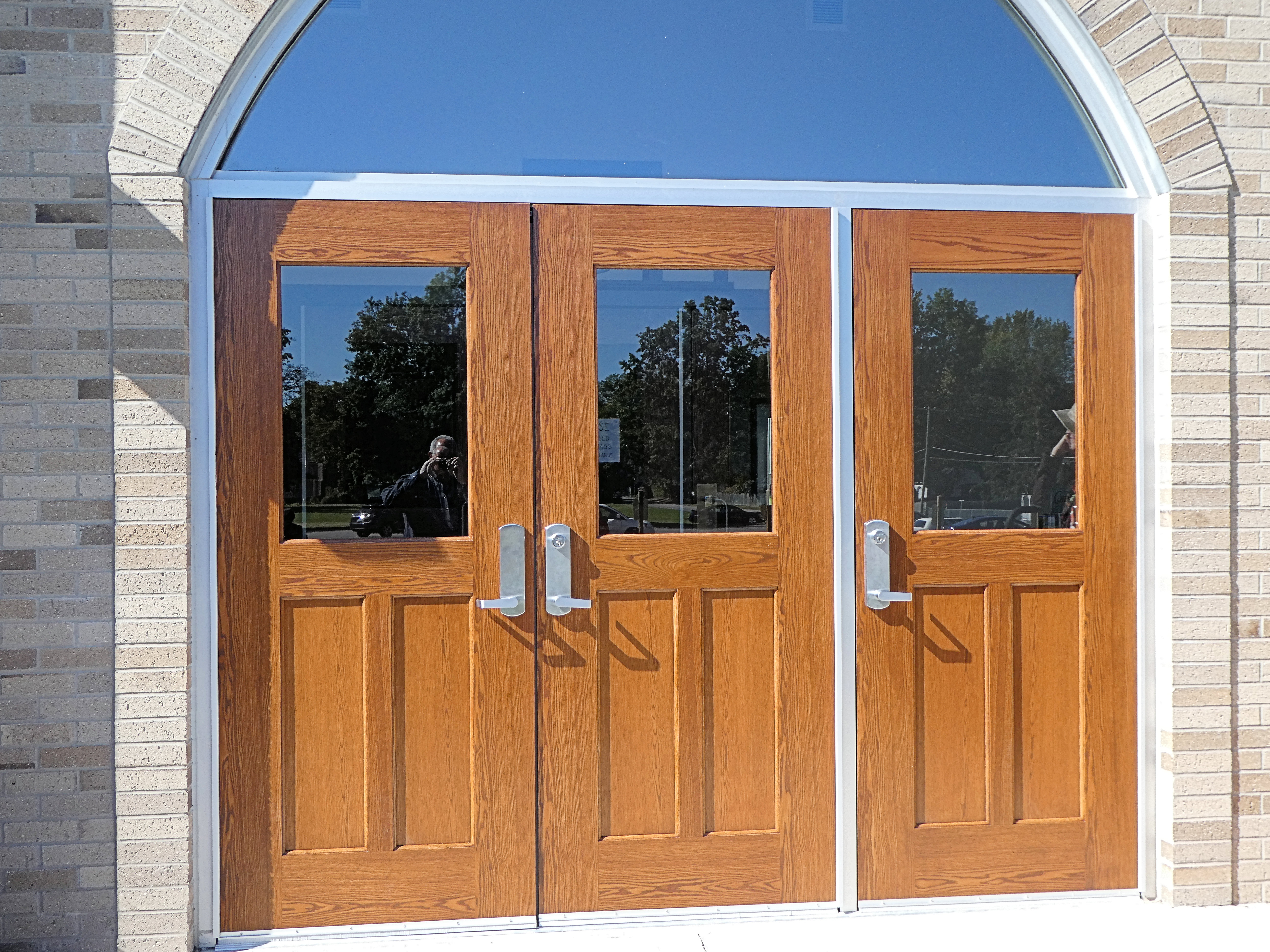 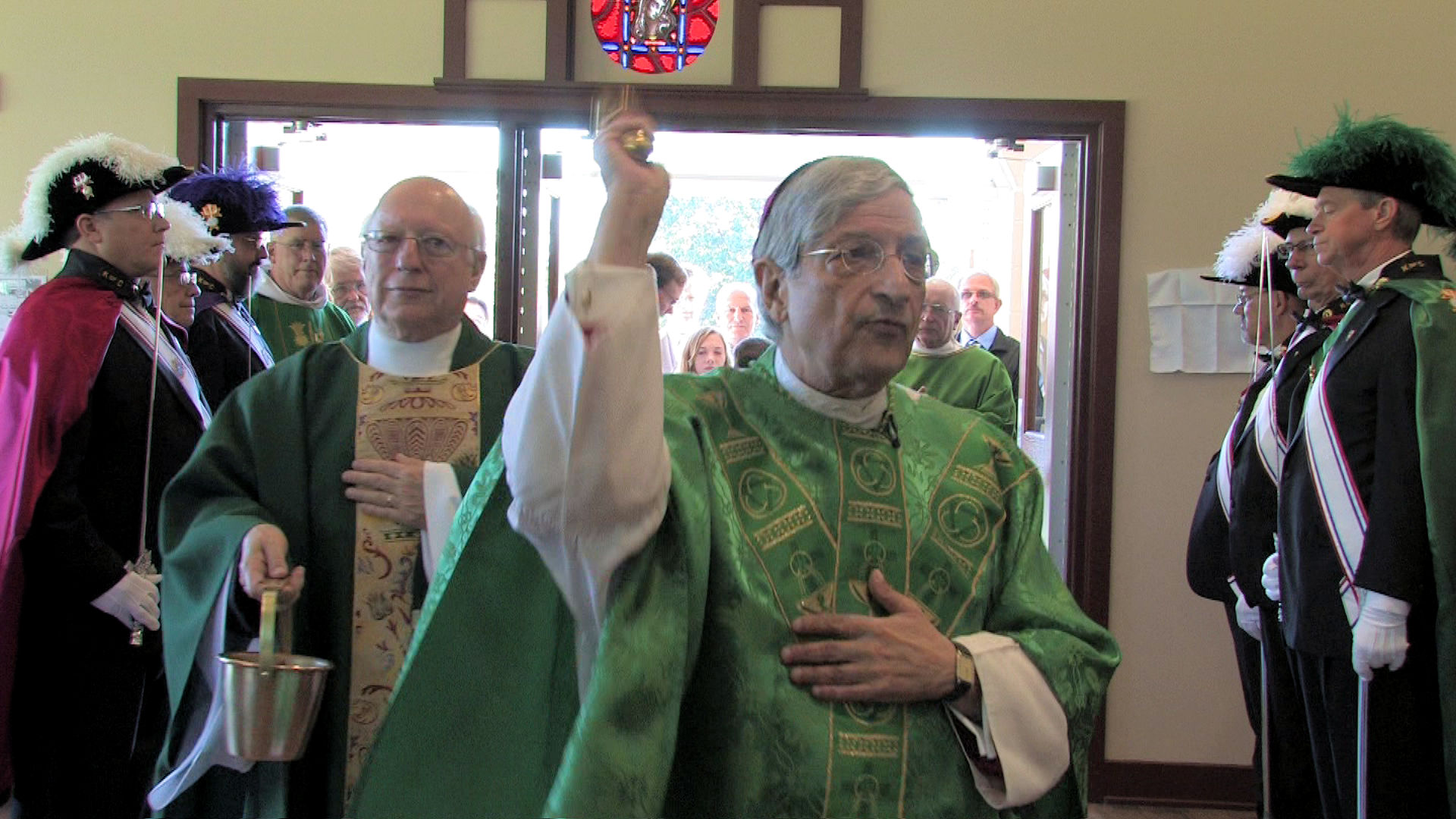 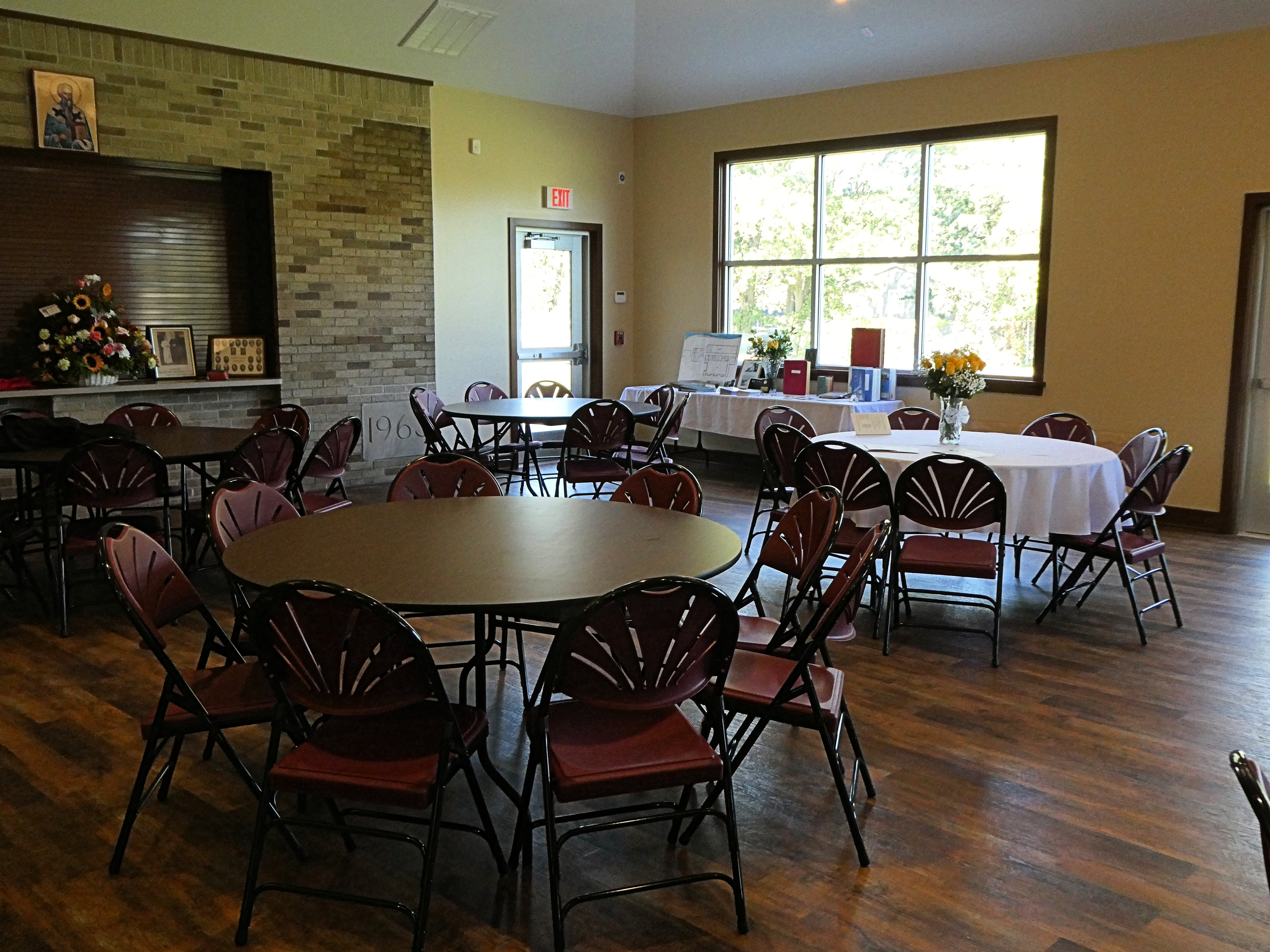 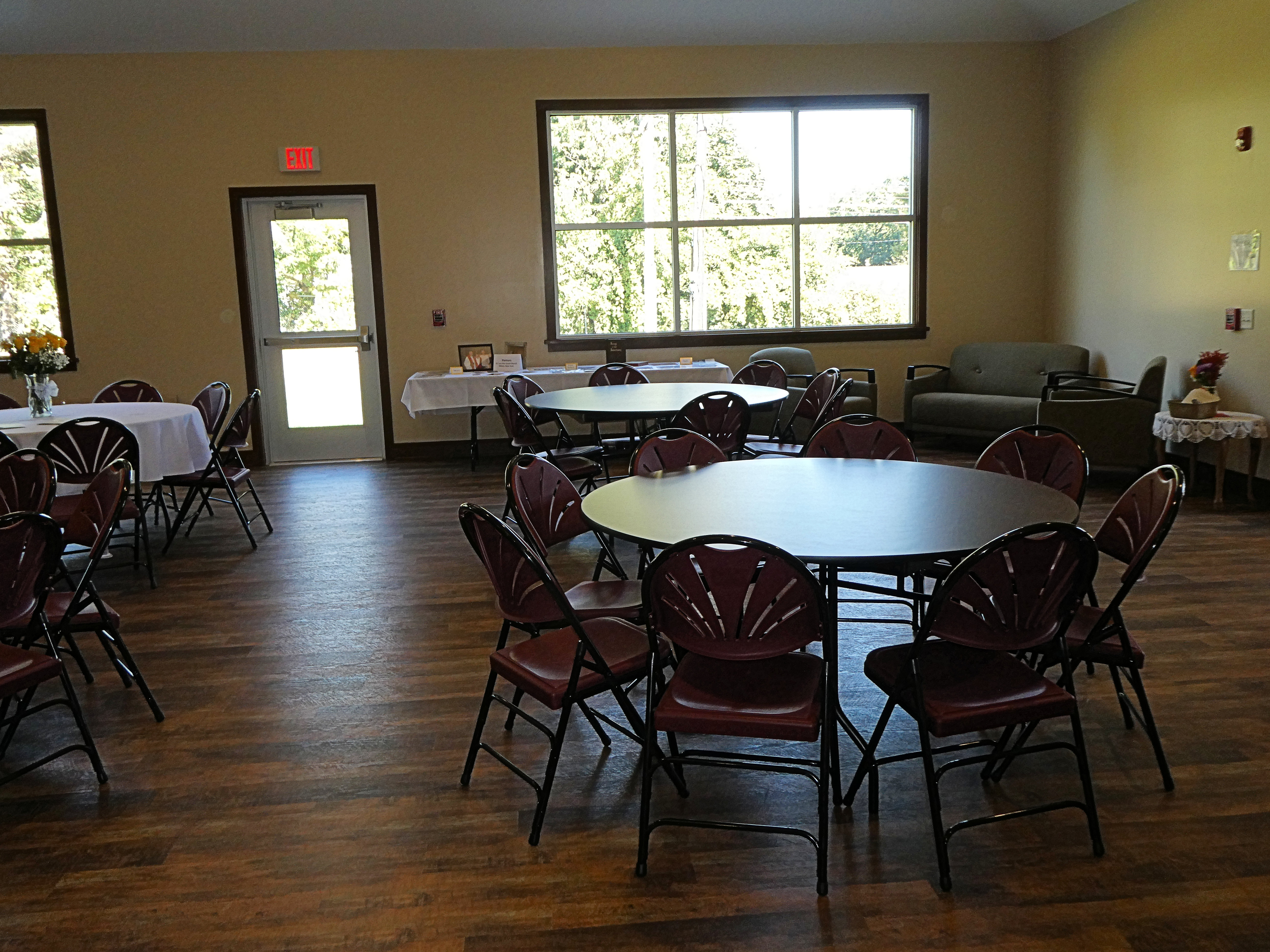 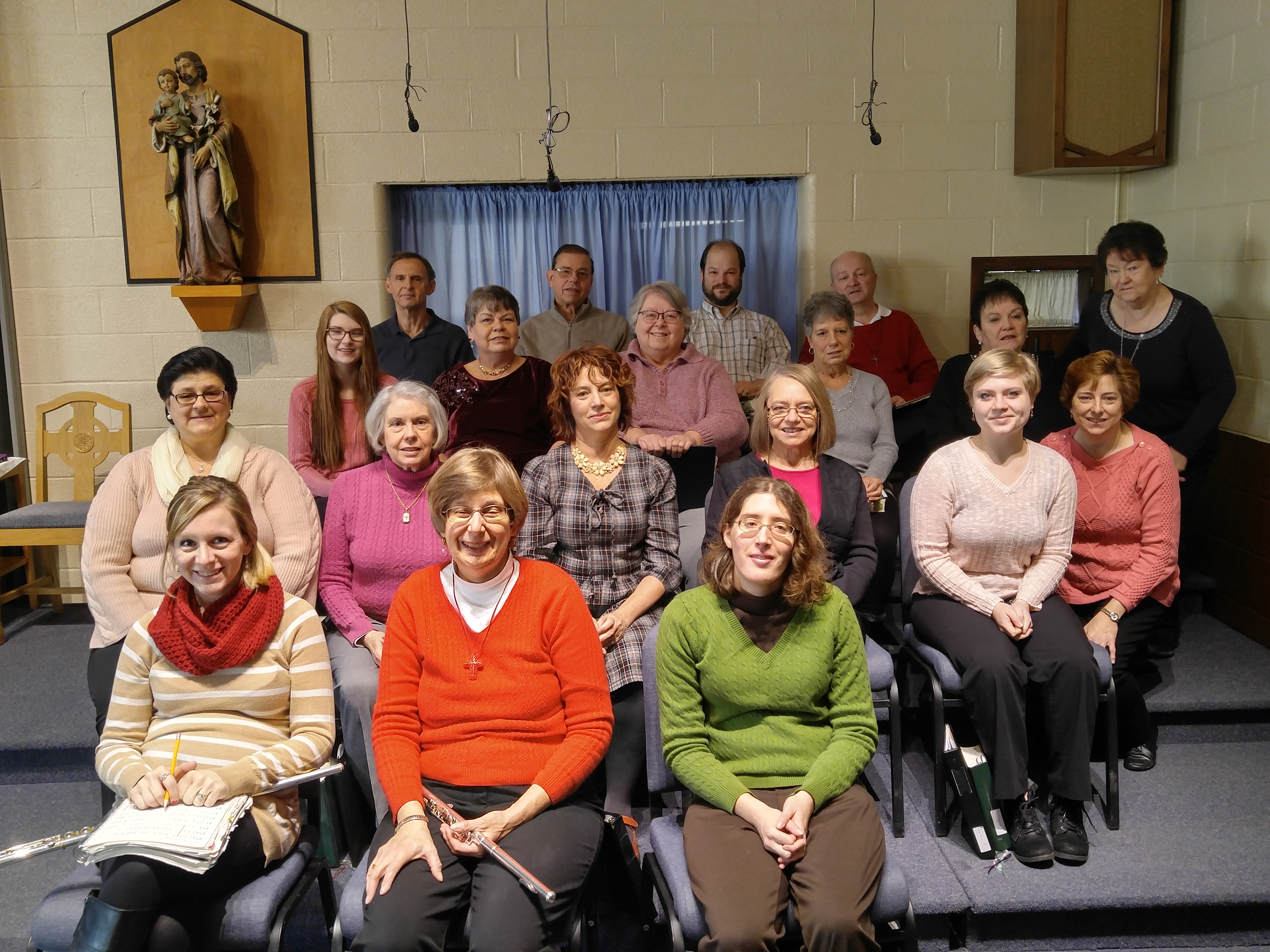 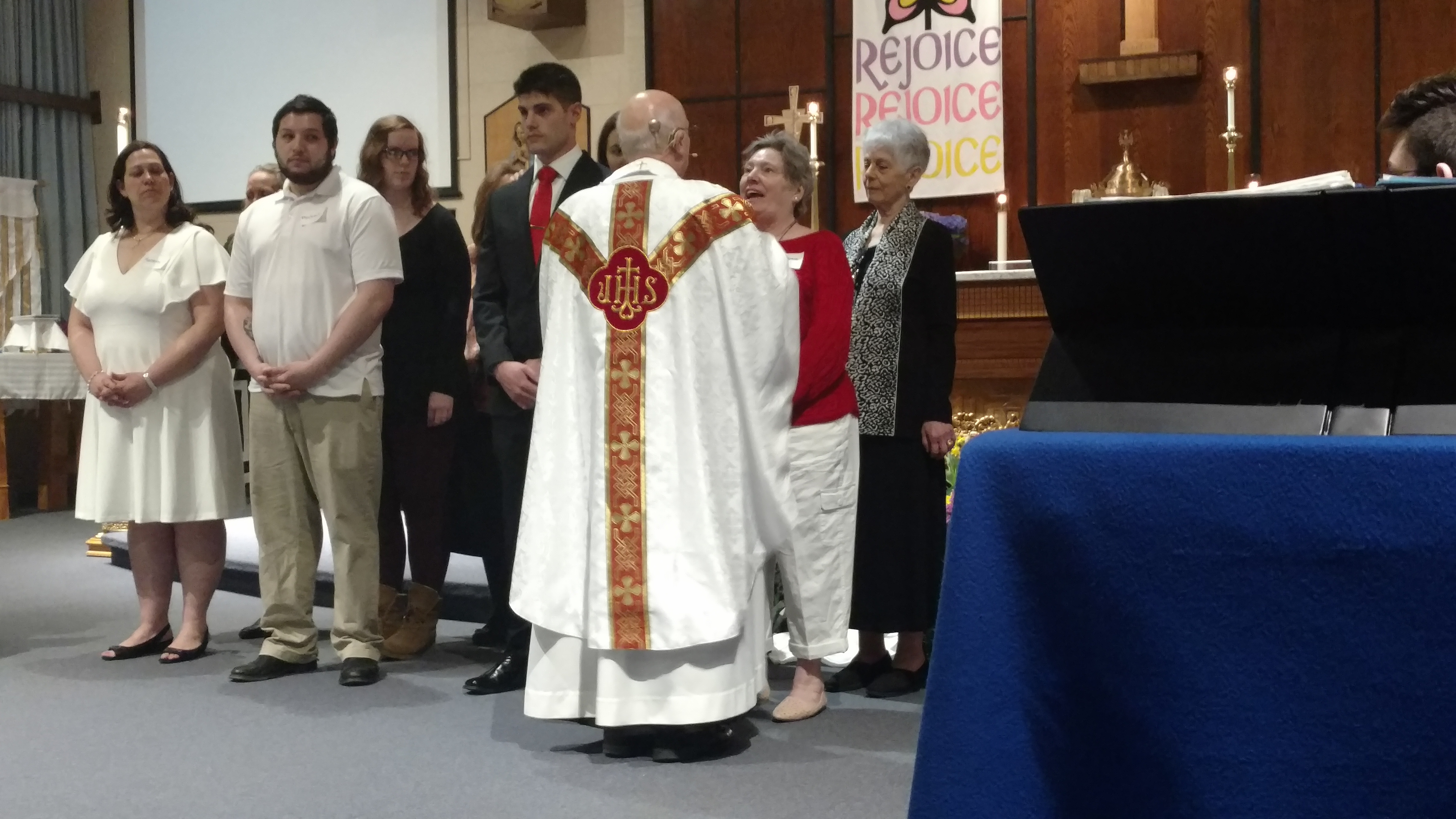 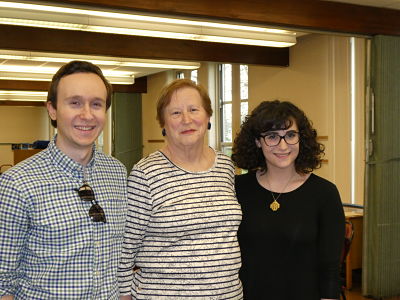 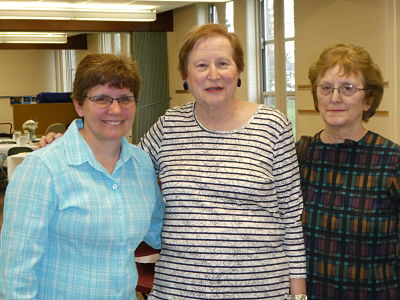 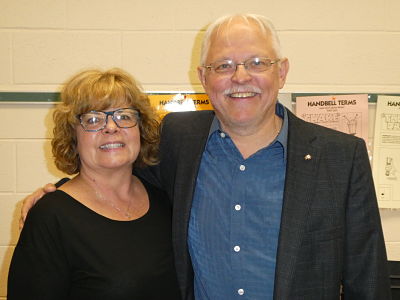 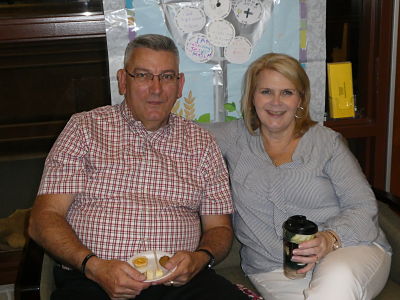 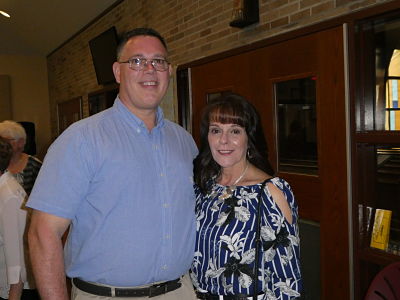 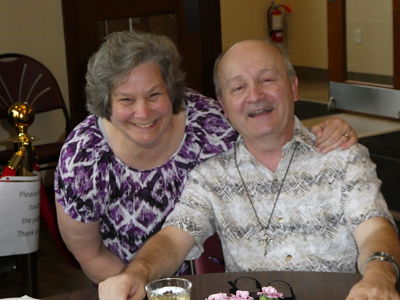 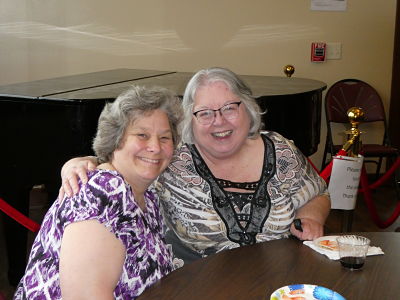 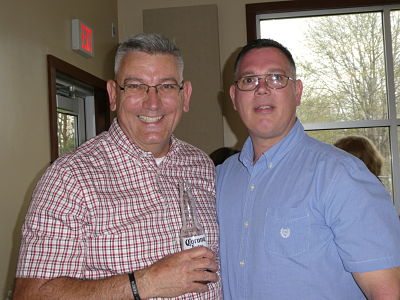 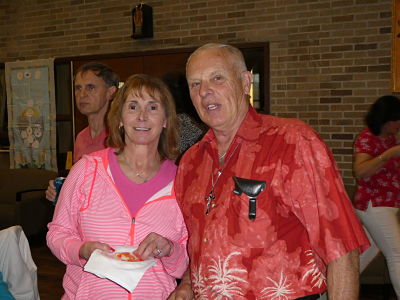 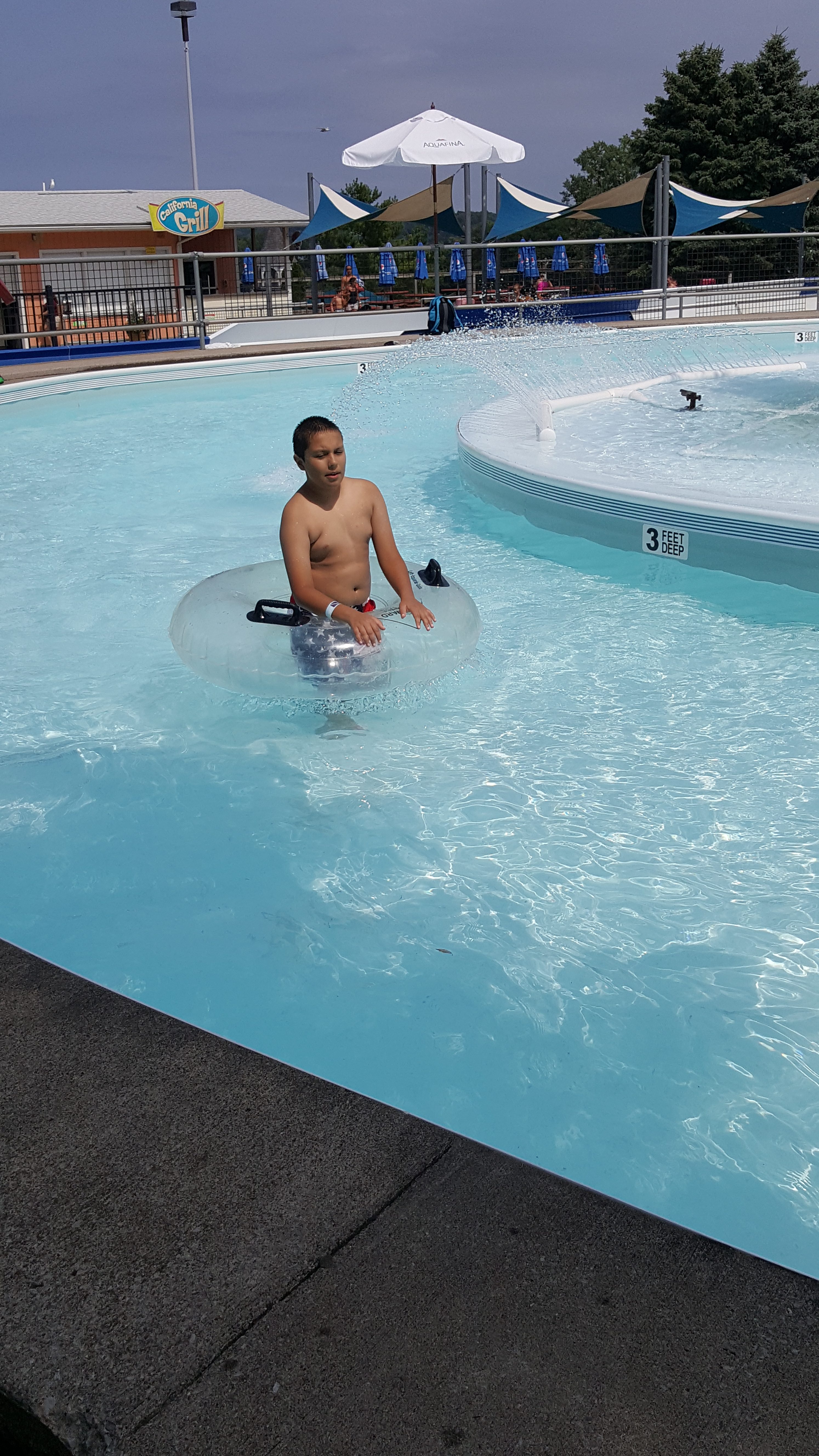 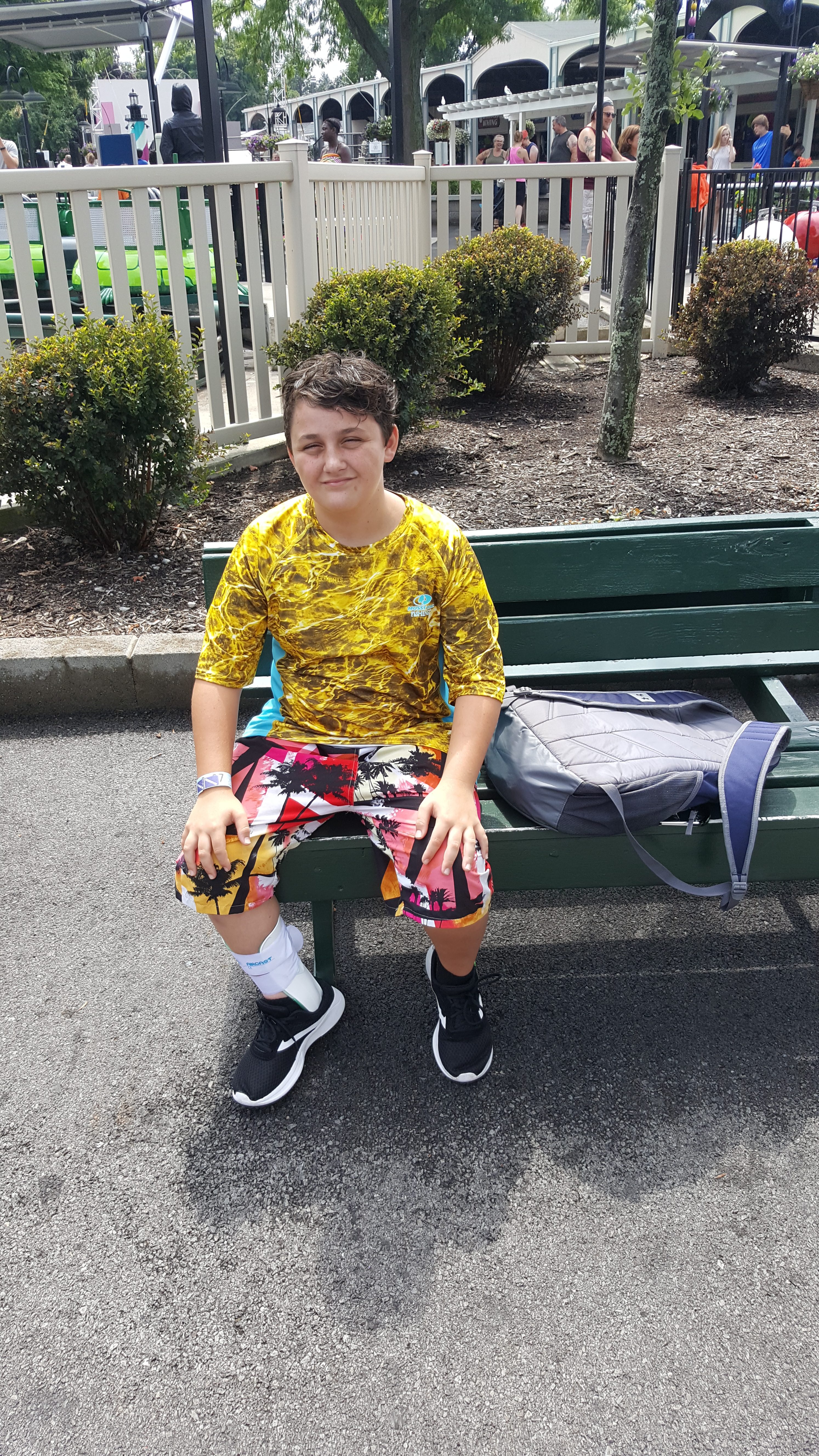 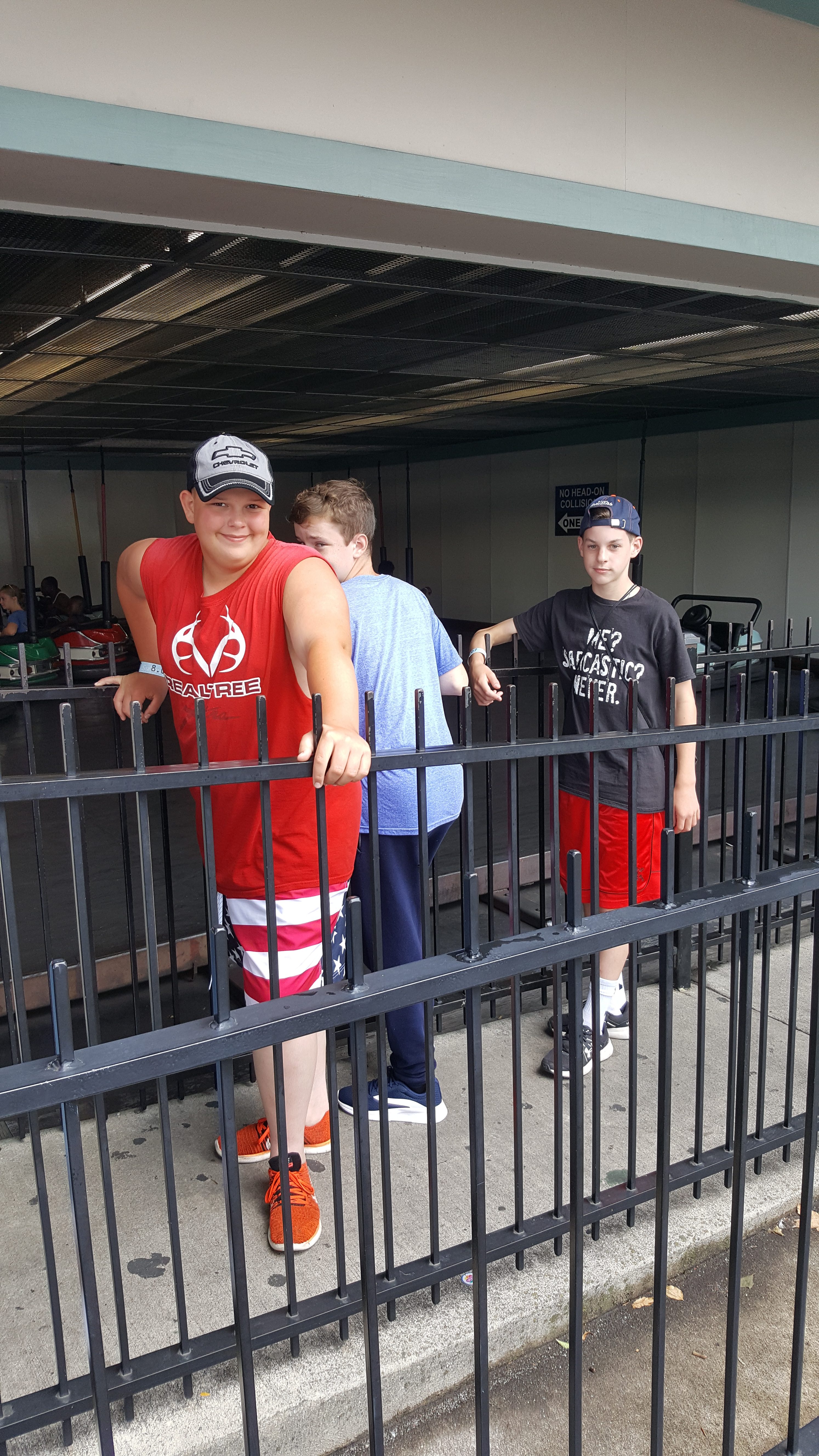 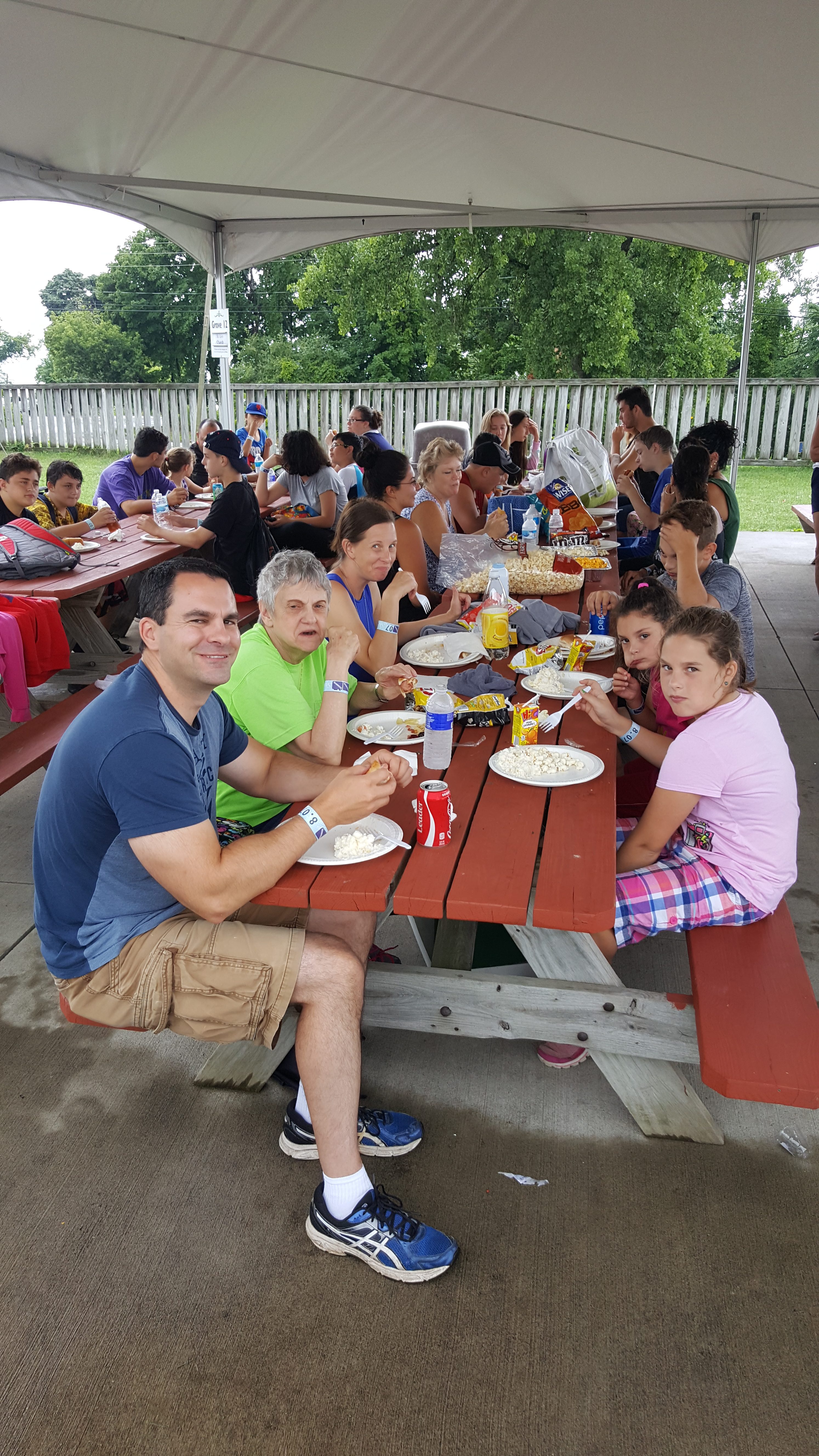 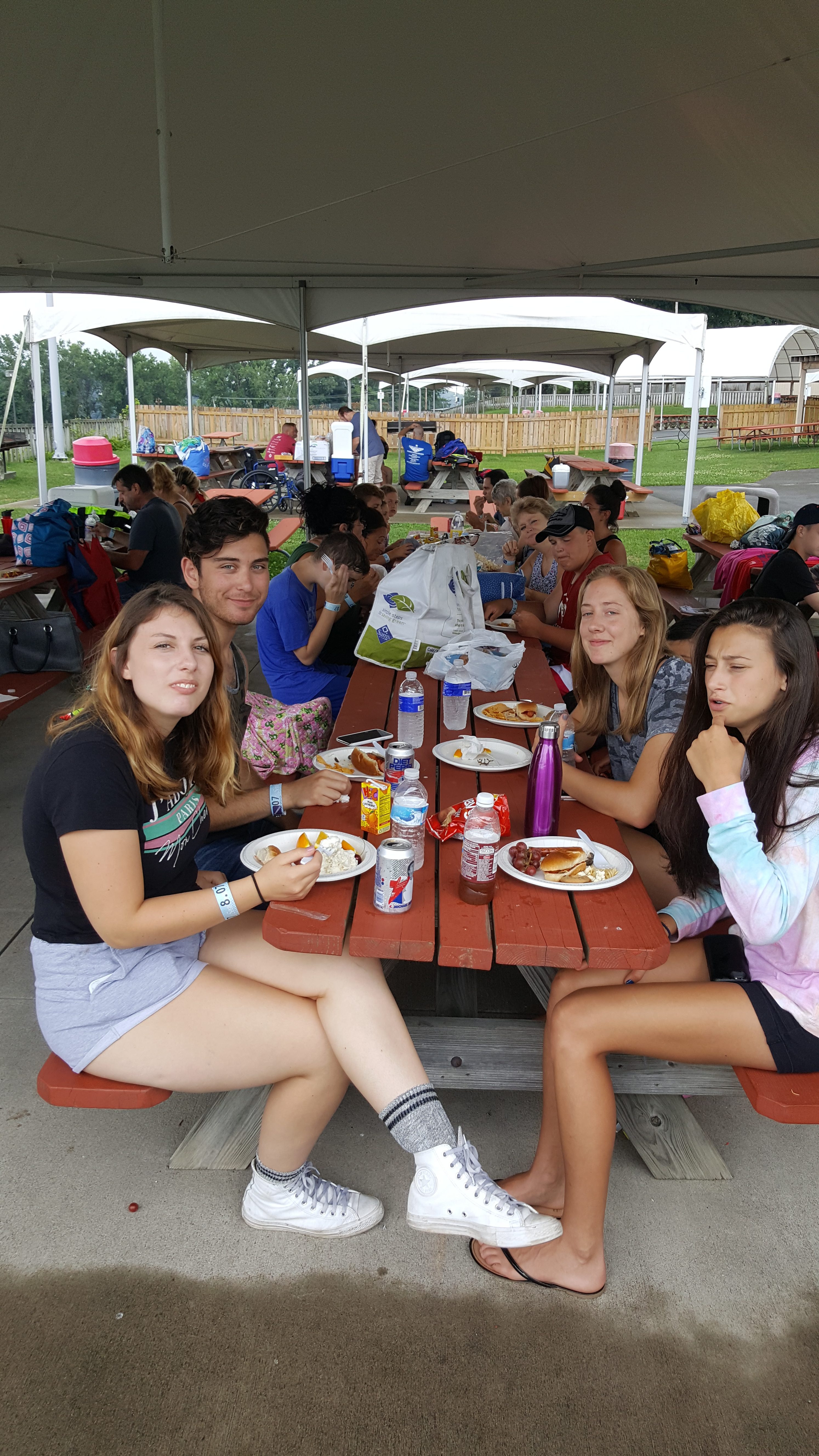 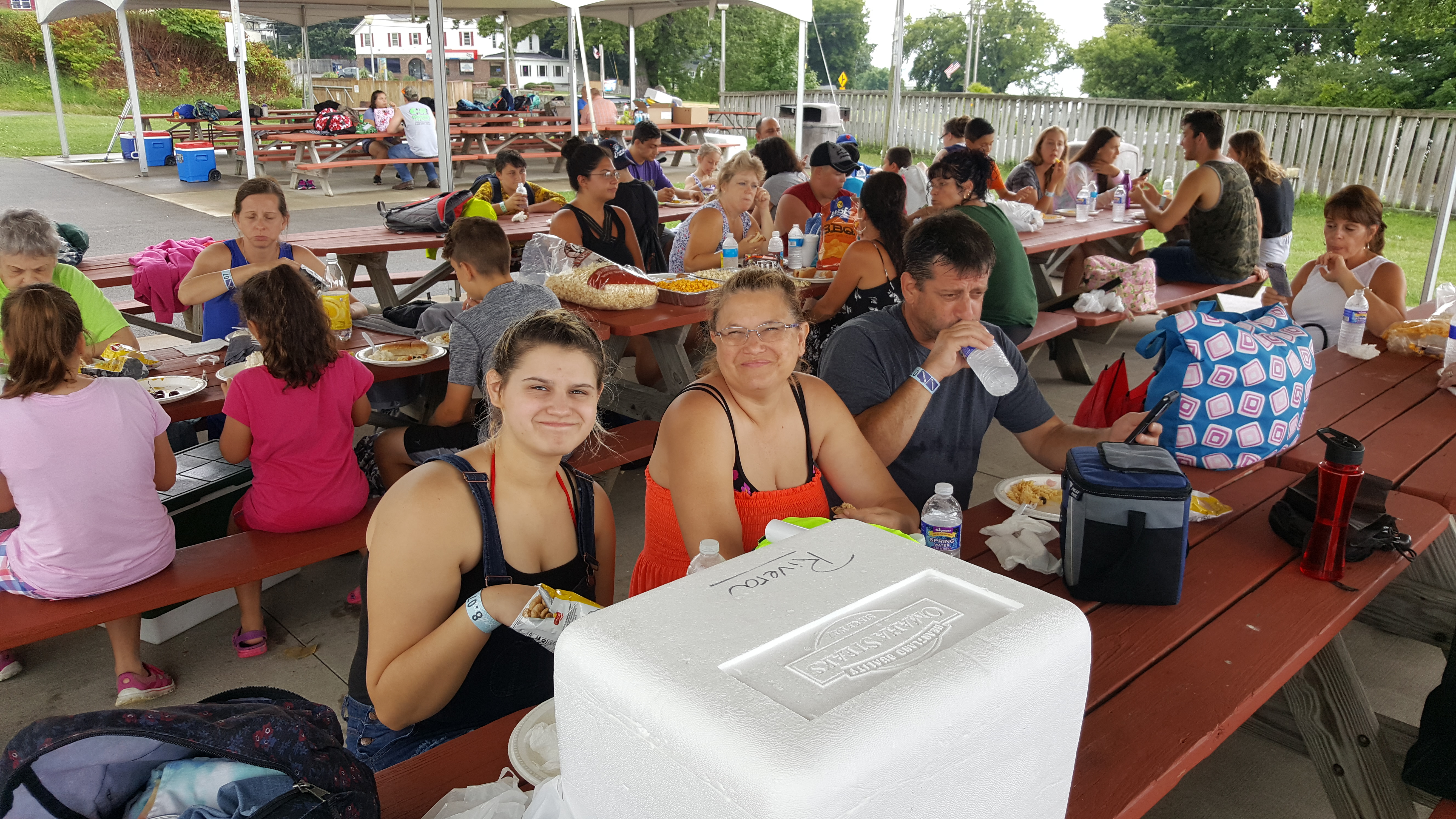 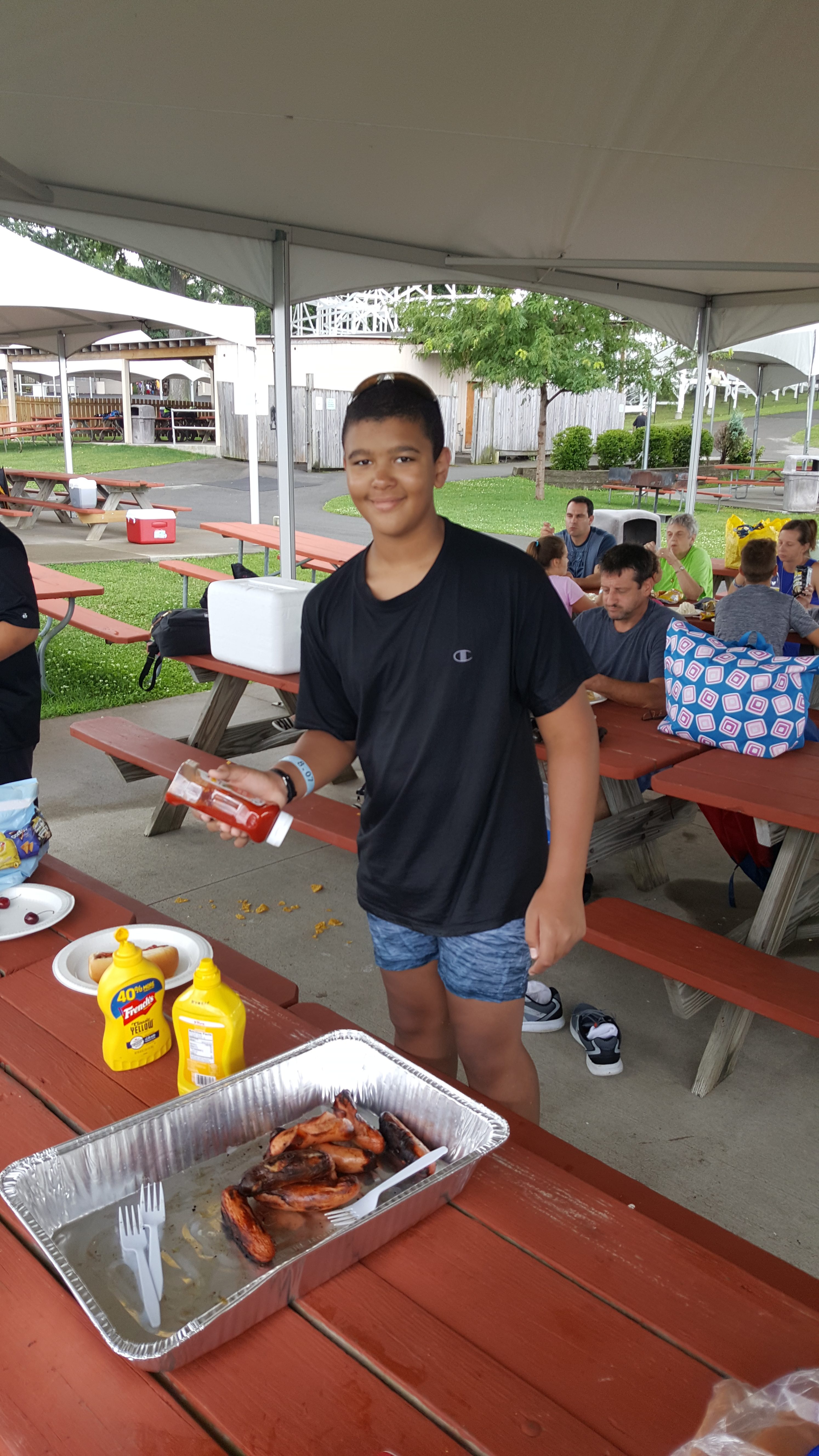 The first Roman Catholic service in North Parma was held in August 1881 in Tennison’s Hall at the corner of South Ave. & Main St. The Rev. James Hartley conducted the service.The church at 155 Lake Ave, began as a mission church of St. John in Spencerport, was dedicated in honor of St. Leo the Great, and was administered by pastors from St. John’s and the staff from St. Bernard’s Seminary in Rochester. Services were first held in the summer of 1884. The original membership of St. Leo’s included families of northern Parma and parts of Hamlin and Greece.

The first Roman Catholic service within the Village Of Hilton was August, 1881 in Tennison’s Hall at the corner of South Ave. & Main St. The Rev. James Hartley, under whose leadership St. Leo the Great Church came into being, conducted the service. The parish began as a mission of St. John’s In Spencerport in honor Of St. Leo the Great. Services were first held in the summer of 1884. The original membership of St. Leo’s included families of northern Parma and parts of Hamlin & Greece.

The cornerstone for our original building (The current Old Church Hall) was laid on November 1, 1882 by Bishop Bernard J. Mcquaid. For the next sixty-four years St. Leo’s was served by priests from St. John’s and from St. Bernard’s Seminary in Rochester. The Church Of St. Leo the Great was designated a parish by Bishop James E. Kearny on June 1, 1946; at which time Father John L. Maxwell, a former Navy Chaplain, was assigned as our first full-time pastor.

The Reverend Jacob R. Rauber succeeded Father Maxwell on June 30, 1954. Large numbers of summer beach residents often swelled attendance to the point where some churchgoers were forced to stand on the front steps and sidewalk in order to attend Mass. Parish leaders wisely anticipated continued growth in and around the village and set about planning a major expansion project. In August 1964, 9 1/2 acres of land west of the church building were purchased and a fund drive to finance the new complex was launched.

On Sunday, August 8, 1965 ground was broken. The original plan in 1965 called for a new church and the establishment of St. Leo’s Catholic school, however it was recommended the full-time school be omitted. Rather than re-do all the architectural plans, construction continued and the Sanctuary was located in what was designed as the school building; and the first Mass celebrated in the new complex on July 3, 1966. The first religious education sessions were held in the new classrooms on October 10, 1966 and the formal dedication of the Parish Center took place on December 3 that same year with Bishop Kearney presiding. The Old Church Building on Lake Avenue has since served as a Community and Parish Meeting Center.

In 1968 the Reverend Chester M. Klocek was appointed to St. Leo’s as Father Rauber’s successor. Ten years later, in 1978, a modern Rectory and office complex was completed at the south end of the Parish Center. The church slated for construction in 1965 has never been built. Father Klocek had a great devotion to the Virgin Mary and In 1986, at his own expense, had a grotto and garden constructed in Her honor. A crew of St. Leo parisioners performed most of the labor on the project and on Sunday afternoon, September 28th, it was formally dedicated to Our Lady. This beautiful addition to the sprawling St. Leo grounds provides a secluded place for quiet meditation and prayer just steps away from the bustling activity of the village. In 2004, Stations Of The Cross and benches were added in memory of a parishioner.

Reverend John J. Glogowski succeeded Father Klocek in June, 1993. Sadly, just three weeks after his retirement, Father Klocek died unexpectedly. In recent years St. Leo’s has been in the forefront of ecumenical activities within the Hilton-Parma community. Fr. Glowgowski retired in June 2005 and was succeeded by our current pastor, Fr. Joseph Catanise.

St. Leo the Great Church remains the Catholic prescence in the Hilton-Parma area and is now home to more than 1200 registered parish families.